Expand all Back to top Go to bottom

This article was copied from an old blog I had opened with a friend. It does not fully reflect the style and content of my blog, but I did not want this work to be lost.

After the rise of Snapchat, the stories also invaded the most used social in the world: Facebook (and Messenger), Instagram, and WhatsApp.

The main reason for the success of stories is that content disappears after just 24 hours.

But is not so.

Nothing disappears from the internet. Or not when we believe it.

In particular I analyzed Instagram and I found out that..

Unfortunately, Instagram stories are not downloaded to your smartphones using an encrypted connection.
In this way anyone can have access to your stories, even if you have a private profile.

Any man-in-the-middle, connected to the same network as your friend (for example, in university, in a bar or any other public wifi), could intercept your stories as soon as he opens Instagram.

As a result, this person could do whatever he wants with your content. He can save them, publish them or else.

To analyze this fact I did a sniffing with Wireshark.

A packet analyzer (also known as a network analyzer, protocol analyzer or packet sniffer—or, for particular types of networks, an Ethernet sniffer or wireless sniffer) is a computer program or piece of computer hardware that can intercept and log traffic that passes over a digital network or part of a network.

To intercept my friends' stories I connected the computer and the smartphone to the same wifi network. Then I opened Wireshark.

I saw all my network data that was not encrypted.

At this time I opened Instagram and clicked on my friend's story. 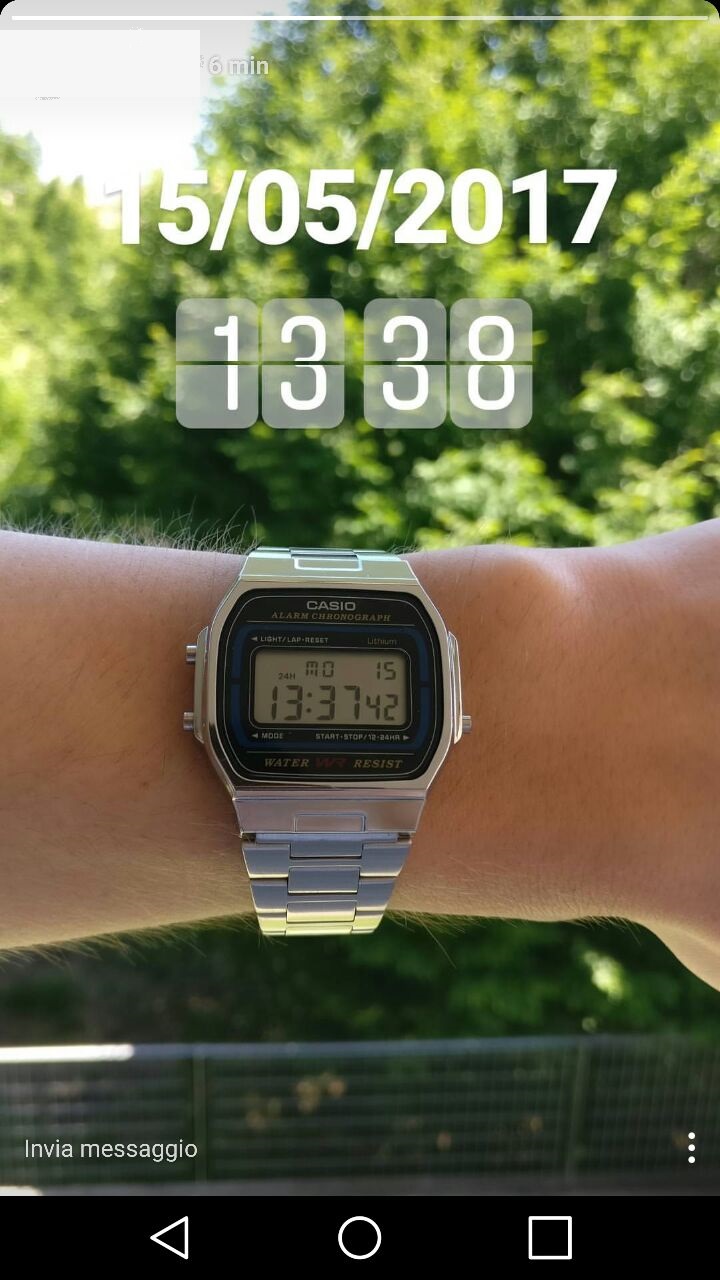 After that I searched for the HTTP requests that WireShark had sniffed from the net and I found the resources corresponding to the stories I had looked at on the smartphone! 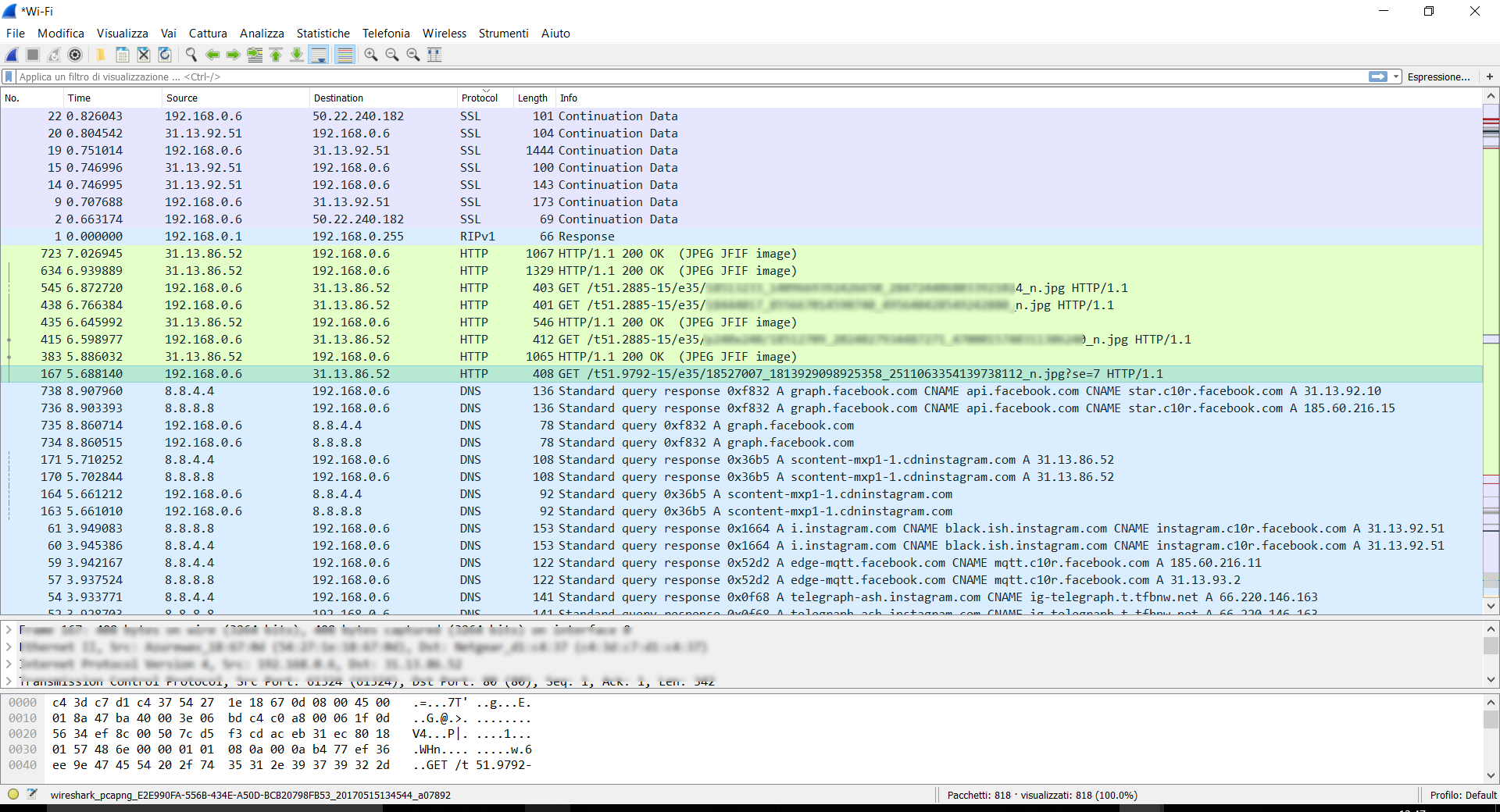 So I could find the full request URI containing the direct link to the contents. 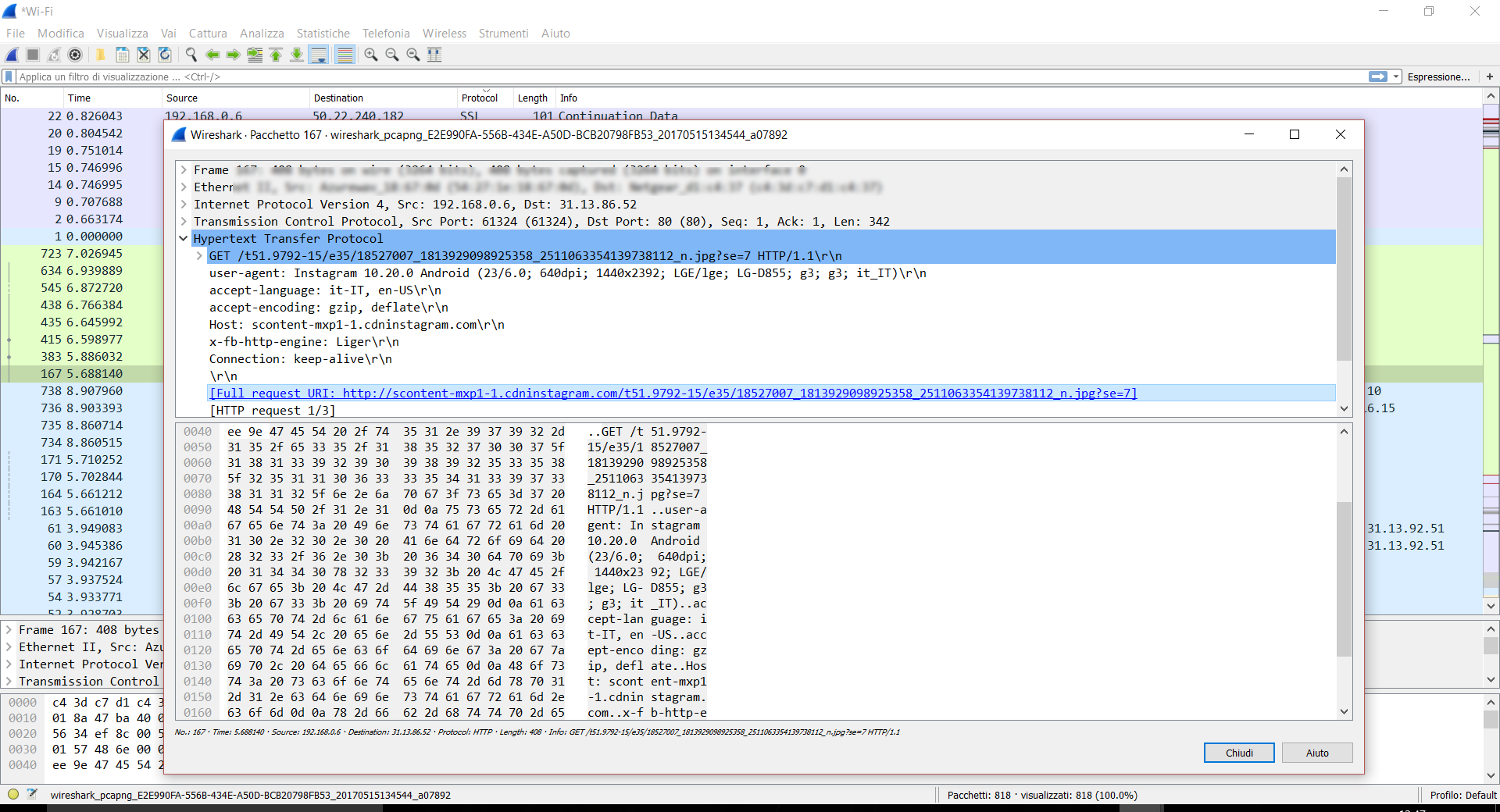 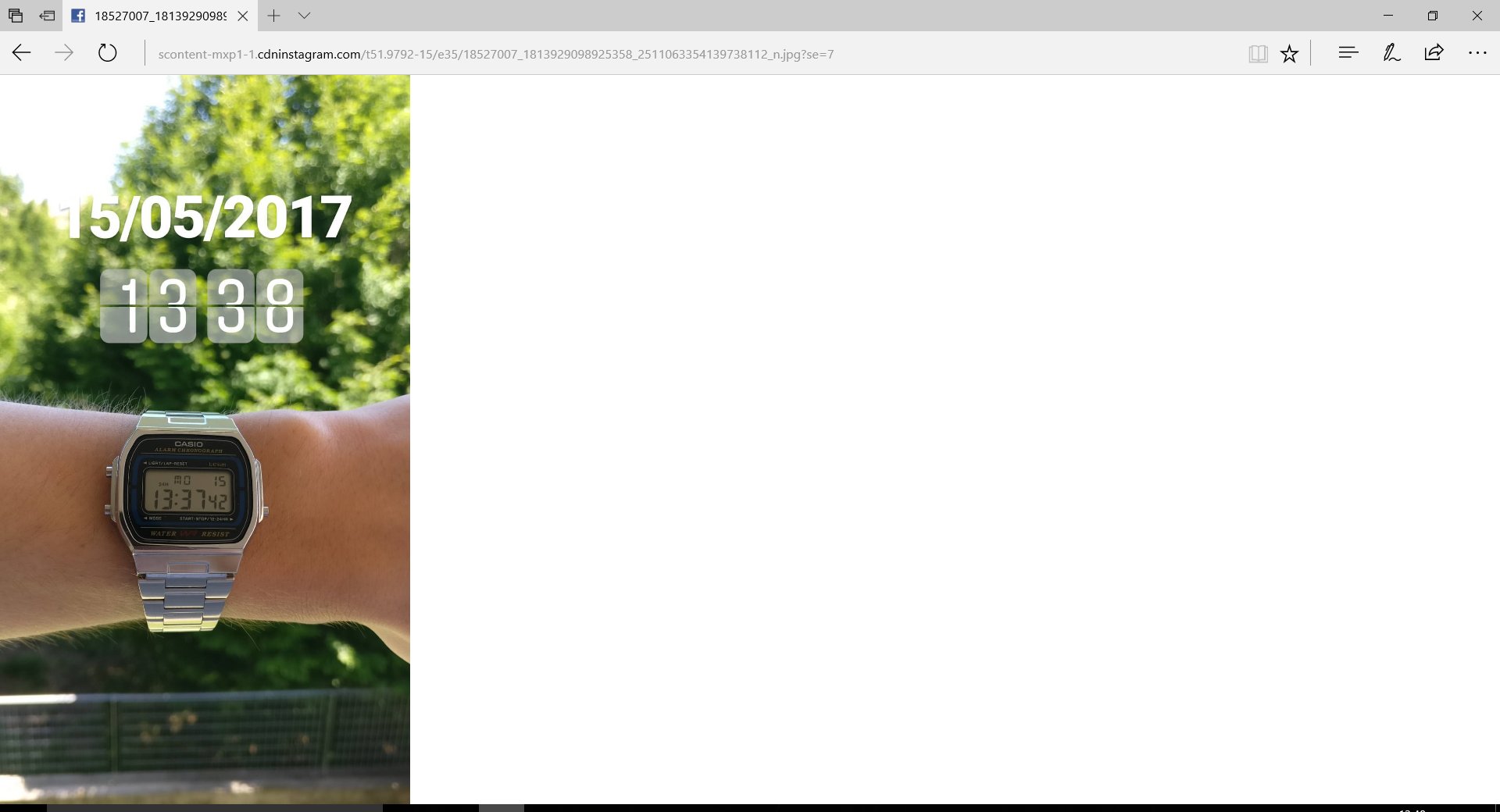 In the following days I kept the contents under control and I could verify that the images and videos were deleted only after 3 days.

The procedure is not applicable with Snapchat, Facebook and Whatsapp because they use an encrypted protocol: TLS.

Article for information purposes. I take no responsibility for misuse of the information obtained from this article.

After some updates of the app it seems that this bug has been fixed.